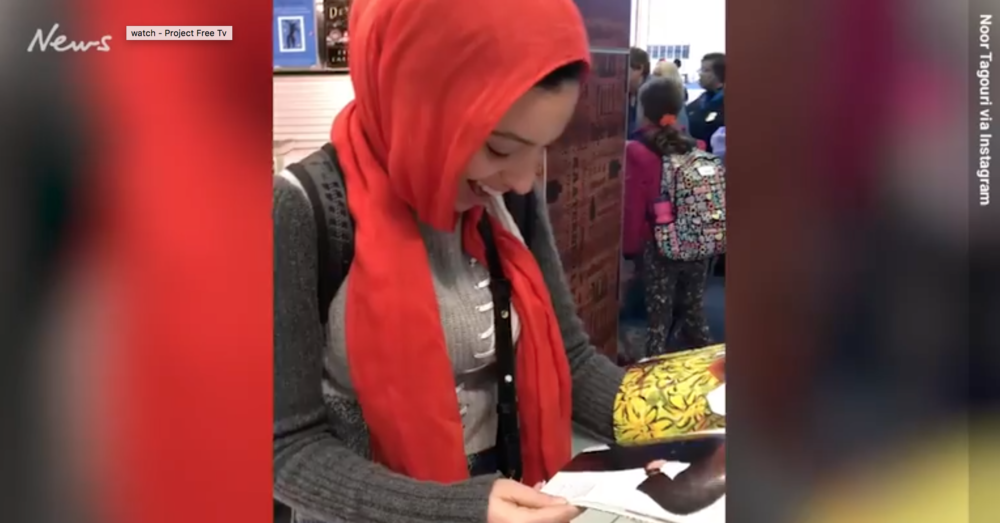 Dear Vogue . . . We’re Calling You Out On Your “Non-White” Narrative

Dear Vogue . . . We’re Calling You Out On Your “Non-White” Narrative

“You look nice with your face cleanly shaven,” the assistant at the local grocery store told Moji, my
partner’s brother.

We shot each other t​hat​ look, and I saw him catch his breath. We’d been in this situation before on more than one occasion, and it was immediately obvious that—once again—he’d been mistaken for my partner, Mammad, his brother.

I’m guessing they aren’t the first brothers to be constantly mistaken for one another, but the issue here runs much deeper than sibling misidentification. One brother is forty pounds lighter than the other. One with slim features, the other with a rounded face. One with a button nose, the other’s nose more prominent. One has long, wavy hair, the other short and tidily kept. One, always cleanly shaven, the other, never without a beard. The only similarity—outside of being roughly the same height—is that both of them have brown skin.

The Mistaken Identity of Noor Tagouri

Last week, we saw an incident in the media that hit on a similar theme. It was the moment where journalist, activist, and speaker, Noor Tagouri, had her dreams both realized and torn apart in under ten seconds. She shared a video showing the moment of delight where she was filmed introducing the magazine that contained her photoshoot in ​Vogue​, which was then turned to heartache and disbelief when she realized that she’d been misidentified as another Muslim woman—Noor ​Bukhari—a ​Pakistani actress with the same first name.

Later in the day, we learned that it wasn’t the first time that Tagouri had been misidentified, either. On CNN, Emanuella Grinberg reported that “In 2018, photos of the Muslim journalist were used to illustrate stories about Noor Salman, wife of the gunman responsible for the Pulse nightclub mass shooting in Orlando. The error came at a time when she said she experienced elevated levels of harassment and bigotry due to media coverage of Salman and the shooting.”

In an article in F​ashionista​ magazine, Tagouri shared that Muslim women are “not only overlooked” in the media, but “they are constantly put in harm’s way and put in danger.” She explained, “I have worked my entire career to combat that, not just for Muslim women, but for all marginalized communities.” She also highlighted that one of the main challenges is that, “People [in the media] don’t always see you as an actual human being. They see you as something that can fit into their narrative, and that’s what’s so dangerous about it.”

Tagouri used the opportunity as a teaching point to shed light on the deeper issues that it raised.

“This wasn’t about ME being misidentified and represented — it was about all marginalized people who are constantly an afterthought and not truly seen.”

She received support from far and wide. One supporter was ​activist and writer Fawzia Mirza who shared her response on Twitter:

But Vogue’s apology led to further backlash. They ended their apology by stating, “We also understand there is a larger issue of misidentification in the media—​especially among non-white subjects​.”

Having never bought a fashion magazine and not aligning with what ​Vogue​ stands for, calling women “subjects” sends a wave of discomfort up my spine because it is part of a larger issue of objectification that this industry represents. But that’s a whole other tangent and not so relevant here. What’s relevant is that they referred to Tagouri as “NON-WHITE,” which shows the underlying issue—making whiteness the norm, the basic standard and shining a light on the underlying prejudices that lie within. It assumes that everyone who is not white fits under one heading, too.

In an interview with Fashionista magazine, Tagouri shared:

“They have a lot of work to do when it comes to representation and diversity and inclusion, and it can’t just be to fill a quote or tokenize a people. It has to be because you care about these communities that you’ve overlooked for so long.”

Getting the Names Right

When he first moved to the US, my partner’s brother asked, “Which name should I use to introduce
myself? My real name or my coffee name?”

“What the ‘f’ is your coffee name?” Mammad (my partner) asked him, and I can still see the shock in his
face when his brother answered.

“My coffee name is the name that people call me so they can feel more comfortable.”

The day that scene unfolded still makes my blood run cold. So the story went like this. When Moji (the
brother) had moved to Australia to practice medicine, he’d been taken to one side by the head
of the clinic.

“Moji, you need to pick a coffee name,” he’d told him. When he asked what that was, he was told, “It’s a shortened version of your real name.”

“But Moji ​is​ a shortened version of my real name,” he’d said, his real name being several syllables longer.

“Yes but we need you to choose the kind of name that other people—like your patients, the other doctors—will feel comfortable calling you. Like Max, for example.”

So reluctantly, and without much choice in the matter, Moji become Max.

I think about this story in the face of what happened to Noor Tagouri. This issue is fundamentally about interchanging Muslim women and failing to recognize individuality, and it’s also about a further insidious issue that I’ve noticed since I moved to the US. It’s a kind of laziness around making the effort to learn names or pronunciations, or to see individuals, and I’ve seen this occur frequently, particularly for POC who have names that require some thought and effort to get right.

The Core of the Issue

So what are the main learning points to take from Tagouri’s experience? I guess there needs to be a recognition and acknowledgment of the cultural biases that sit at the heart of what happened to her. We need to own that the treatment Tagouri received in this experience is not just a simple case of mistaken identity—it’s indicative of a wider challenge that POC in the US, and around the world, face on a day-to-day basis. We have to acknowledge the insidious ways that this kind of treatment has been enculturated so we can own it, unpack it, and grow beyond it.

One of the core reasons people don’t make the effort is the basic, faulty conditioning that states “mine is normal and what doesn’t look like me is different.” It builds an “us versus them” narrative which is the core cause of all the current political racism and xenophobia we are facing right now.  It leads to destructive thinking such as, “We do not want them here as they are the others.”

We need to move on from the structural misbelief that one type is the default and everything different from that is the other. In the example that we shared, Vogue assumed, without question, that white is the norm and anything outside of that is “non-white.” Their unintentional yet obvious othering was a reflection of the greater issue that sits at the core of our society as a whole.

This can be a great opportunity for each one of us to break down instances of othering in our daily lives. I’m hoping that Tagouri’s willingness to use this as a teaching point means that her experience becomes a catalyst for change not only in the fashion world, but in the wider world, too. 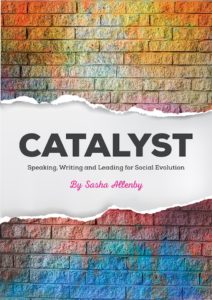 For the past decade, Sasha Allenby has been a ghostwriter for some of the greatest through-leaders of our time. Her journey started when she co-authored a bestselling book that was published in 12 languages worldwide by industry giants, Hay House. Since then, Sasha has written over 30 books for global change agents. Following the events of the last couple of years, she turned her skill set to crafting social messages. Her latest book Catalyst: Speaking, writing and leading for social evolution supports thought leaders to craft dynamic messages that contribute to change.