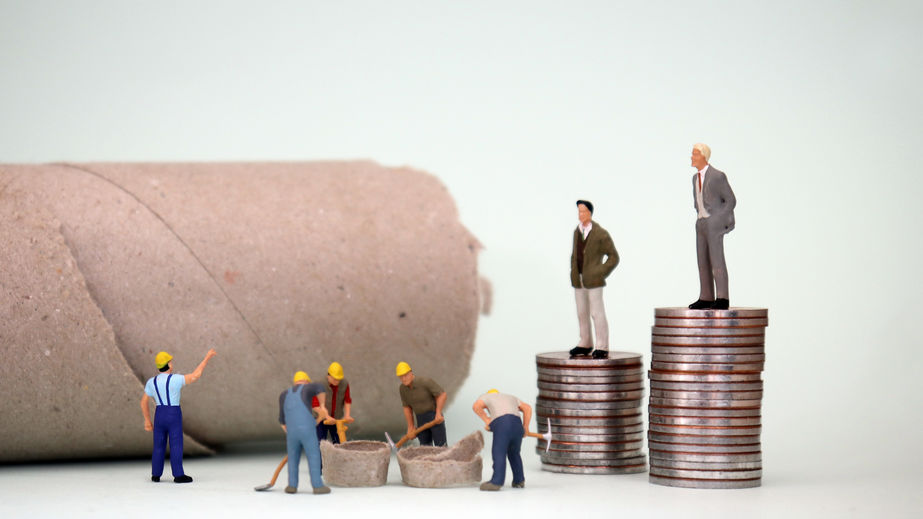 Economic disparity is the linchpin that sits at the center of most issues of inequality. As intersectionality has become an increasingly utilized buzzword, our quest to find the places where each issue of inequality meets has become a hot topic. When it comes to economic disparity, it seems to sit at the center of almost every issue. We can’t talk about racial equality, prison reform, equal pay rights for women, immigration, or refugee equality, for example, without touching on the issue of socio-economic gaps.

Most of us who are at the leadership level of creating more equality are able to talk with perhaps a little confidence about what the issues are. We may be able to state that the top 1% are part of the greatest challenge or that we need to close socio-economic gaps in order to create more equality for all. However, when it comes to the specifics of the underlying issues, many of the social impact leaders and social entrepreneurs that I work with aren’t able to properly articulate the finer details of the argument or pinpoint the exact issues that need to change.

With this in mind, I interviewed Tech Entrepreneur, Economist, and Social Activist, Mammad Mahmoodi. I wanted to understand how the clients I work with could better articulate their arguments around closing socio-economic gaps more effectively. What I thought would be a 30 minute conversation turned into a three day interview, and forms the basis of an article that will span three blog posts and look at the issue from a variety of angles.

We’ll start this week by looking at the “what” that underpins the current socio-economic gaps. In Part Two we’ll be diving deeper on the issue of economics and intersectionality, and in Part Three we’ll be sharing some models that offer solutions from various economists throughout the world. We’ll also be suggesting a paradigm shift in how economic policies are decided, in order to create more equality for all.

In whatever area you are creating more equality, this article series will offer you a new vocabulary for articulating your arguments for socio-economic change.

When I picture times of old, at least in the UK where I grew up, I always imagine that the socio-economic gaps were much greater than they are now. I picture the streets of London hundreds of years ago, with the privileged riding around in gold carriages and the less fortunate scrabbling for food in the dirt. So one of the first facts that Mahmoodi shared—that massive socio-economic gaps is actually a relatively new issue—blew my mind.

Gaps on a Global Level

Inequality on a global level is a new issue that has become more prevalent in the last 200 years. In economics, the term “GDP per capita” which means taking the total money that a country makes and then dividing it into how many people live there. Using the GDP per capita to measure, in 1820, the richest nation in the world (at that time, the United Kingdom) was making only four times more than the poorest nation in the world which was Africa.1 (It referred to Africa as a nation as, in 1820, Africa was not defined by independent and separate countries at that time, but rather colonies of super powers. Hence, the study referred to Africa as one nation.)

In 1998, the richest economy in the world (by then, the United States) had a GDP per capita twenty times the poorest nation (which was still Africa).2

Using the stats from the World Bank, Mahmoodi shared that within the last 20 years, (1998 to the end of 2017), this ratio had increased to 38 times. “This shows that the global inequality rate is increasing at an unprecedented rate,” he shared.

As of 2018, the eight richest people in the world have the equivalent wealth of the bottom 50% of the world (which means that eight people have the wealth of 3.6 billion people).3 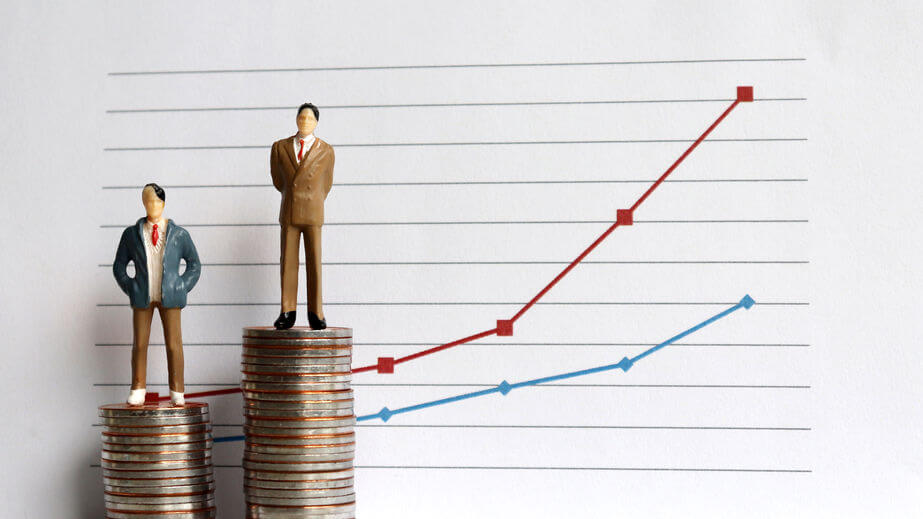 Gaps in the US

Inequality is Not Just a Humanitarian Issue

In order to better understand wealth generation and redistribution, we first need to grasp the changing face of attitudes in economics as a whole.

From an economic perspective, inequality used to be seen as a humanitarian and philanthropic issue. In fact, in the old paradigm of economics, it used to be believed that addressing inequality would reduce economic growth, but now there is a new paradigm of economics—as well as a large amount of accompanying statistics (which we’ll be sharing across the article series)—that argue the opposite.

According to Stiglitz—Nobel Economic prize winner, and one of the most prominent economists in the world—in a society with heavy economic inequality, not all the money circulates. This is because the wealthy don’t spend their money as much as the less affluent (due to those with less money needing to spend their income in order to live). So when money is circulating, it brings more economic growth to a society.

Therefore, tackling inequality is both the responsibility of humanity and also makes sense economically, too.

In order to create more socio-economic equality, we need to better understand how inequality is created. To do so, We need to understand the difference between INCOME inequality and WEALTH inequality. Income is the money that we receive from creating products or performing services. Wealth is the value of everything that you own, which includes your income, land/house/apartment that you own, money you inherit, and royalties you receive.

Income inequality is the gap between what the lowest income and the highest income people earn. As we saw from the statistics above, there is no doubt that this gap has increased in the US. However, wealth inequality is actually the main reason for socio-economic disparity. Wealth inequality mainly comes from the accumulation of fixed objects. To explain further, money can result in two things:

Also, as the fixed object valuation escalates, it increases the risk of bursting the economy bubble. This is similar to what happened in 2008, which—as you will see below—causes more inequality.

Financial Crisis and How it Increased Socio-Economic Inequality

Most of us are aware of the financial crisis of 2008, but what you may not be aware of is how this contributed to socio-economic gaps.

At the start of the 21st century, fixed object prices had a bubble, which burst in 2008. Basically, banks had valued houses more than what they were worth so when that bubble burst, the banks had a multitude of loans that people couldn’t pay back.

For the years before the bubble burst, money was increasing and—according to Stiglitz (the Nobel Economics prize winner and prominent economist that we introduced earlier)—over 95% of that went to the top one percent.6 The wealthy received the fixed money, and that wealth didn’t translate to income for the mass population. When the bubble burst, there were over 1500 billion dollars lost in the US economy. So what did the US government do? They gave a 700 billion dollar bailout to the banks that came out of taxpayers’ pockets that financed and insured the loss of the top 1%. Meanwhile, African-American families saw their wealth reduced by 53% in the recession (between 2005 and 2009). This led Stiglitz to call this phenomenon “phony capitalism,”7 a phrase pointing to the fact that profit was privatized and loss was socialized. 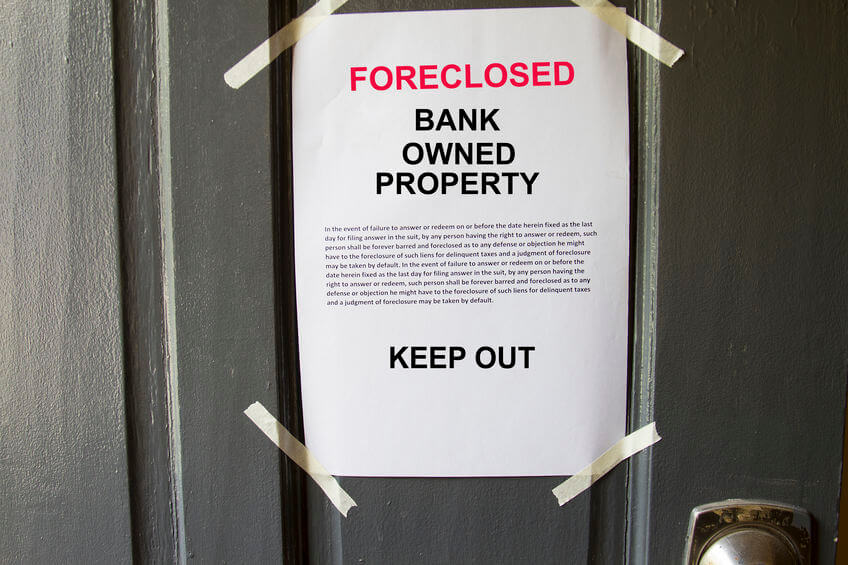 Of course, these aren’t the only issues of economic inequality. As we have already highlighted, a deeper look is needed into the unfair tax system, tax loopholes, offshore tax evasion, as well as bankruptcy/inheritance/intellectual property laws, and also deregulation policies (all of which we are going to explore in depth in part three of this series).

In Part Two of this article, we’ll be taking a careful look into how socio-economic gaps show up in a variety of issues, from prison reform, to racism, to child poverty, to the justice system, and how we can address them with intersectionality.

Mammad Mahmoodi is an economist, community builder and tech entrepreneur. He has a passion for the social impact of technology, and how inequality impacts innovation and economic growth. He was co-founder of Ondamove (one of pioneering geo-tagging companies). Following that, he was a starter—and Executive Director—of Open Data Science Inc. (one of largest Artificial Intelligence communities in the world). He has taught entrepreneurship in a number of universities around the globe. Currently his main focus is supporting enterprises to create economic equality. 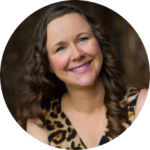 For the past decade, Sasha Allenby has been a ghostwriter for some of the greatest thought-leaders of our time. Her journey started when she co-authored a bestselling book that was published in 12 languages worldwide by industry giants, Hay House. Since then, Sasha has written over 30 books for global change agents. Following the events of the last couple of years, she turned her skill set to crafting social messages. Her latest book Catalyst: Speaking, writing and leading for social evolution was a global number one bestseller in social sciences on its release in Jan 2019. It supports thought leaders to craft dynamic messages that contribute to change.

Receive PART TWO and PART THREE of this series, plus regular blogs and updates. Be part of a community that is advocating for social change and learn to craft your messaging more effectively.