Although I’ve been a ghostwriter and consultant for some of the most influential people in the world for over a decade, since the 2016 elections, I turned my skill set to crafting messages that have the greatest impact for social change.

I work with thought-leaders from all over the world who are on a variety of social missions. I also wrote Catalyst: Speaking, Writing and Leading for Social Evolution to share some of my unique perspectives on crafting a social message. However, the path that led to this body of work actually began in childhood and has been central to my life for over three decades. (Read the whole story below or click on the links to jump to relevant sections.)

My campaign for equality officially started on the playground when I was 8 years old.

Sanjay had been our peer for several months and was the only brown face in an otherwise all-white school, in an isolated industrial town in the north of England. I’d been there the day he came, and had gathered around him with the 300 hundred other children when he arrived on the playground. In the weeks that followed I’d watched the seemingly harmless racial taunts where the other kids had made fun of him by imitating a stereotypical Indian character from a comedy TV show at the time. But this day was different. This day I joined in.

Moments after I started imitating the character from TV in a fake Indian accent with the other kids I stopped dead in my tracks. “Sanjay is laughing with his mouth but his eyes are sad,” my eight year old consciousness told me, and my heart ripped open for him.

From that day forward I started a loan campaign against racism, even though I didn’t know the name for it and nobody ever talked about it. Soon after that I began asking questions.

“Dad, how many friends called Jeff do you have?” I asked him one day.

“If you only have one, why do you call him ‘Black Jeff,’” I inquired further. “We already know which Jeff you mean.”

My father’s answer, “That’s just the way it is,” didn’t satisfy me.

Racism was all around me and nobody could see it. It was totally normalized that whether Chinese, Indian, or black, the handful of non-white people of my town would always have their race preceding their name, and I started digging deeper and challenging others on their socio-cultural prejudices.

It wasn’t just racism that was on the table in childhood. I was raised in a culture of extreme gender inequality too.

The first time my father sent me to get his slippers at 3 years old, as I fetched them he told me I would “make a good wife.” I remember being mixed with a feeling of pride, coupled with a sense of loathing. Already something in me was awakening. “I came to this world to be more than just someone’s slipper-fetching wife,” I remember thinking, even at that early age.

Throughout my life these same beliefs were constantly thrown at me. At 14, after my teacher had told me I had the ability to attend university, I remember being stunned as it was not something that was even considered by the people around me. Running home, I told my parents with great enthusiasm. “Girls don’t go to university,” my father had told me cynically. And so my determination to break out of my gender conditioning was as strong as my resolve to stand against racism and other forms of prejudice too.

All of these issues were weaved together on a background of socio-economic inequality.

Living in a factory and dock town that felt the sting of Margaret Thatcher’s conservative government regimen and had many of its systems and unions dismantled in what came to be known as ‘The Thatcher Years’, I had an inside eye on what is now known as intersectionality. When my father was stripped of employment on the docks and we spent many years fighting in protests for social injustices, I experienced first hand the links between social depravity, and accompanying issues such as drug and alcohol abuse, domestic violence, and mental health issues. All of these issues surrounded me as I was growing up and still deeply impact many of the people that I love today.

Despite growing up in social chaos there was one saving grace—and here we see a profound difference between the education system in the UK and that of a country such as the US, where I live now. In the UK there are many more pathways for a kid from a challenged home with no financial resources to find their way out of their socio-economic climate than there are in the US. My education literally saved me, it was a ticket out of my town to another reality. Despite my own rocky path with drugs and alcohol in my college years, I eventually secured my degree and then qualified as a drama teacher.

In the early years of my career I worked to recreate the chance I had been given to others with similar challenges.

For some years I was at the cutting edge of drama as a therapeutic tool for teenagers with severe behavioral problems that were brought on by their socio-economic climate. I worked with the most challenged young people I could find. Many were known as “tagged and going down.” In England ankle bracelets were placed on the young people who had already committed crimes and had one chance left before jail. The bracelets—called tags—were designed to keep them in curfew after 7pm. Many of those young people ended up in jail and my job was to try and keep them out.

In addition, I worked with black kids who were statistically ten times more likely to get expelled from school for the same kinds of behaviors that white kids would get away with. I was there to push against the systemic racism in the education system, to try and keep those young people in school and prevent the spiral of them being snapped up by drug dealers, which was a familiar path for any kid who lost their place in the school system.

My work was rewarding but it had its price. Over the years as a sensitive human being who didn’t really know at that time how to navigate my own emotions from my unhealed childhood trauma, I felt every one of those kids pain as if it was my own. For years I worked with some of the most challenging cases and I became severely burned out. A pattern that would repeat itself for several years more until I went deep and resolved my own emotional issues. 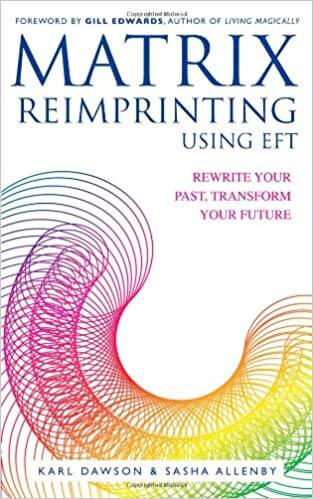 When burnout came it was severe and disabling. My system totally crashed to the point where I was too weak to dress myself or get in and out of bed. I was so sick, I was awarded disabled living allowance for chronic fatigue, and I spent several years trying to recover from my crash, only to go down again not long after my recovery.

My turning point came when I realized that my thoughts, my emotions, and the way I had shown up in the world had contributed to my sickness. It wasn’t that I blamed myself but I was finally able to take responsibility and stop feeling like a victim of my illness. This profound turning point led me to a technique that enabled me to process and transform my emotional baggage. Always one to embrace everything in entirety, I first wrote a book about my own healing journey and then went on to co-author a book about the technique that had helped me.

The second, co-authored book was called Matrix Reimprinting and was published in 12 languages worldwide by publishing giants Hay House. I taught the technique internationally for a number of years and worked with some of the most severe cases such as survivors of war trauma, terrorist attacks, natural disasters, sexual abuse, and so on. 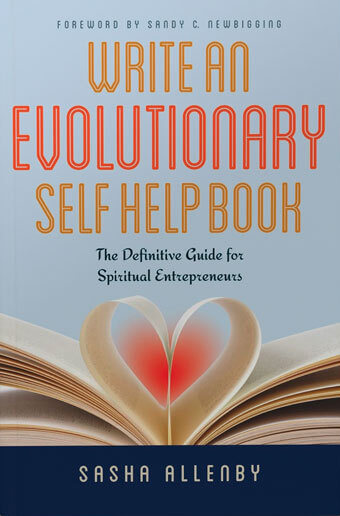 WRITE AN EVOLUTIONARY SELF HELP BOOK

After publishing such a successful book and helping to make Matrix Reimprinting a worldwide phenomenon, thought-leaders from all over the world began to ask me to write their books.

Before I knew it, I was ghostwriting non-fiction books for some of the most influential names in the self-help, transformation, spirituality, wisdom, business and entrepreneurial fields. I wrote Write an Evolutionary Self-Help Book: The Definitive Guide for Spiritual Entrepreneurs as a way of sharing what I learned, ghostwriting over 30 books and coaching and consulting with thought-leaders all over the world to help them create influential messages that actually contributed to change. The success of my company opened up doors in the US, and before I knew it, I had moved to New York and transported my company there.

Everything changed when the 2016 US election results came in.

Living in the US with my Iranian partner, we knew the results were bound to affect us personally, especially given the rhetoric of xenophobia and racial hatred that had accompanied the winning election campaign. Yet despite others around us crumbling, my partner and I could not help feeling that the current political climate, however challenging, was an opportunity for a mass change in consciousness and a shift in equality in a multitude of areas, both in the US and the wider world.

I turned my already highly honed writing skills to crafting messages that contributed to change. I wrote Catalyst: Speaking, Writing and Leading for Social Evolution and began working with global thought-leaders who are making changes in a variety of areas. Whether standing for socio-economic, racial, gender, or sexual equality, whether having the backs of immigrants, DREAMers or refugees, the leaders that I work with have one thing in common: to level the playing field and create a climate of equality, building bridges and overcoming prejudices by leading as a catalyst for authentic and genuine change in the world.

Want to stay in touch with Sasha and be part of a community that supports you to make a difference with your spoken and written word? Sign up to receive weekly blogs and updates that enable you to craft your unique message.