Since the 2016 elections Equality Hive has been putting its skillset towards supporting leaders in the field of what we call ‘social evolution’.

Whether you are a leader in the women’s movement, standing for LGBTQ+ rights, part of the racial revolution, having the backs of refugees and immigrants, speaking out for the rights of the homeless, etc., there is one universal goal: To create more equality for all. Social evolution is the framework in which we create that equality.

THE PURPOSE OF YOUR MESSAGE

The main premise of this work is to support leaders in these fields to first define the purpose of the messages that they are creating. Often messages are shared without carefully thinking about the outcome we want to create, but with the social evolutionary model, we first determine that the common goal is equality, and then set about crafting messages that can effectively contribute to that goal.

That’s not to say that every message will be delivered in the same tone or way to achieve that goal. When you know your messages purpose, there are a number of different paths that will support you to deliver it uniquely. Some messages need to challenge the existing status quo and might be more blunt or sharp in tone. Other messages need to build a bridge and create a connection in order to dismantle prejudice. So within the social evolutionary model there are a number of different message types that enable you to carefully craft what you share in order to best impact the audience you want to reach.

Where social evolution builds on social justice is in moving away from pitching one against the other and moving towards breaking down prejudices by education, connection and building bridges.

Social evolution rest on the understanding that in order to dismantle prejudices, we are not working with enemies, even though they may stand against us, but rather, working with the conditioning of false beliefs on racial, sexual, gender, religious or social programming. It recognizes that the stories that our opposers have been told, usually since birth, have caused the neural networks in their brain to fire together in such a way that they believe their narrative, misperceptions, malice and hatred to be the ultimate truth, rather than a learned truth. This is what we are breaking down as social evolutionaries, and understanding how to work with the prejudices of others is the starting point in influencing them.

The social evolutionary model is presented in further detail in our book Catalyst: Speaking, Writing and Leading for Social Evolution. 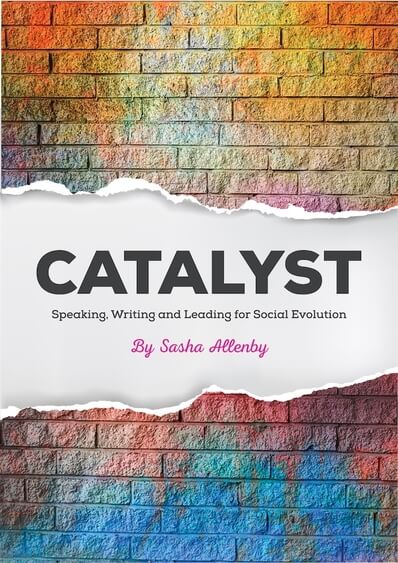